The match started out very evenly with the Barbarians scoring the first try in the first few minutes followed almost immediately by a try from the visiting Wolfpack.

After that, the match was a mostly 1-side affair with Milwaukee scoring 3 unanswered tries to end the first half with a comfortable 28-7 lead.

The second half was similar, with 4 more tires and a penalty by the larger home side who dominated most of the scrums and rucks.

At the final whistle, the score was 55-7 for the Barbarians, a win that brings their season record to 2-0-0 and moves then to the top of the standings in the Northern conference.

Both sides showed good discipline at the break-down and in contact, though there were lots of solid tackles throughout the high-paced match.

Despite the lopsided score, the Wolfpack showed heart and determination to the end and had an impressive goaline stand early in the second half that their forwards can be very proud of.

Top scorers for the day were Sam “Rooster” Huschen with a try, 6 conversions and a penalty, and Mike Rudy with 2 tries. 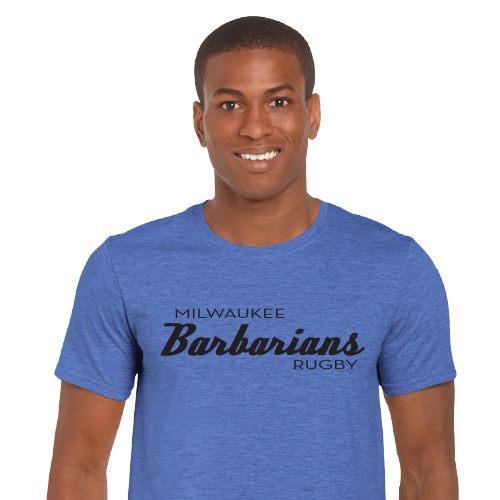