Barbarians Division 3 side opens season in double-header at home vs. Oconomowoc 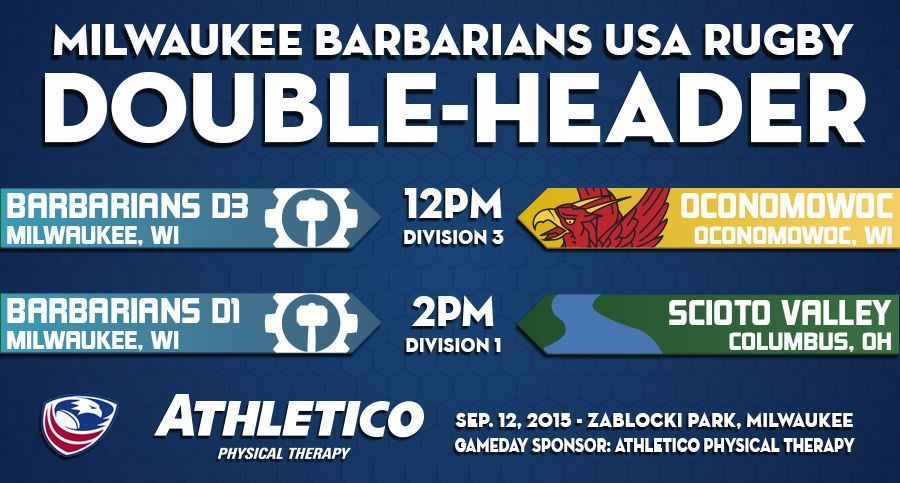 The contest is a replay of the final match of the 2014-2015 regular season for the Northern Division 3 conference where Milwaukee held on to an early lead to win narrowly by just 7 points (36-29).

Oconomowoc — who ended last season in third place with a 5-3-0 record — will be looking to upset the 7-1-0 Barbarians on their home pitch.

The home team will be looking to defend their position at the top of the Division 3 table with Green Bay — who finished last season in first place — have been promoted to Division 2.

Columbus received the wooden spoon last season with a 1-13-0 record, but should not be underestimated. They are capable of surprises such as defeating the Palmer Dragons (Davenport, IA) in a relegation challenge in the spring, as well as a convincing 51-18 win at home over the Barbarians in the opening match of the 2013-2014 Division 1 season.

There are no club fixtures currently scheduled.
Full Calendar